Cement production is among the core activities of building materials supplier Holcim. Holcim Ltd. can boast the most expansive geographical action radius in the global cements industry thanks to its subsidiaries in over 70 countries on all five continents

Recently, the company successfully inaugurated a modern recycling center in collaboration with its environmental technology partner Geocycle in Bogor near the Indonesian capital and metropolis of Jakarta. The plant operates two WEIMA primary shredders PreCut 2000 and two WEIMA secondary shredders FineCut 2500. The units shred the supplied industrial waste to a homogeneous size before it is ultimately used as combustible material in cement production. 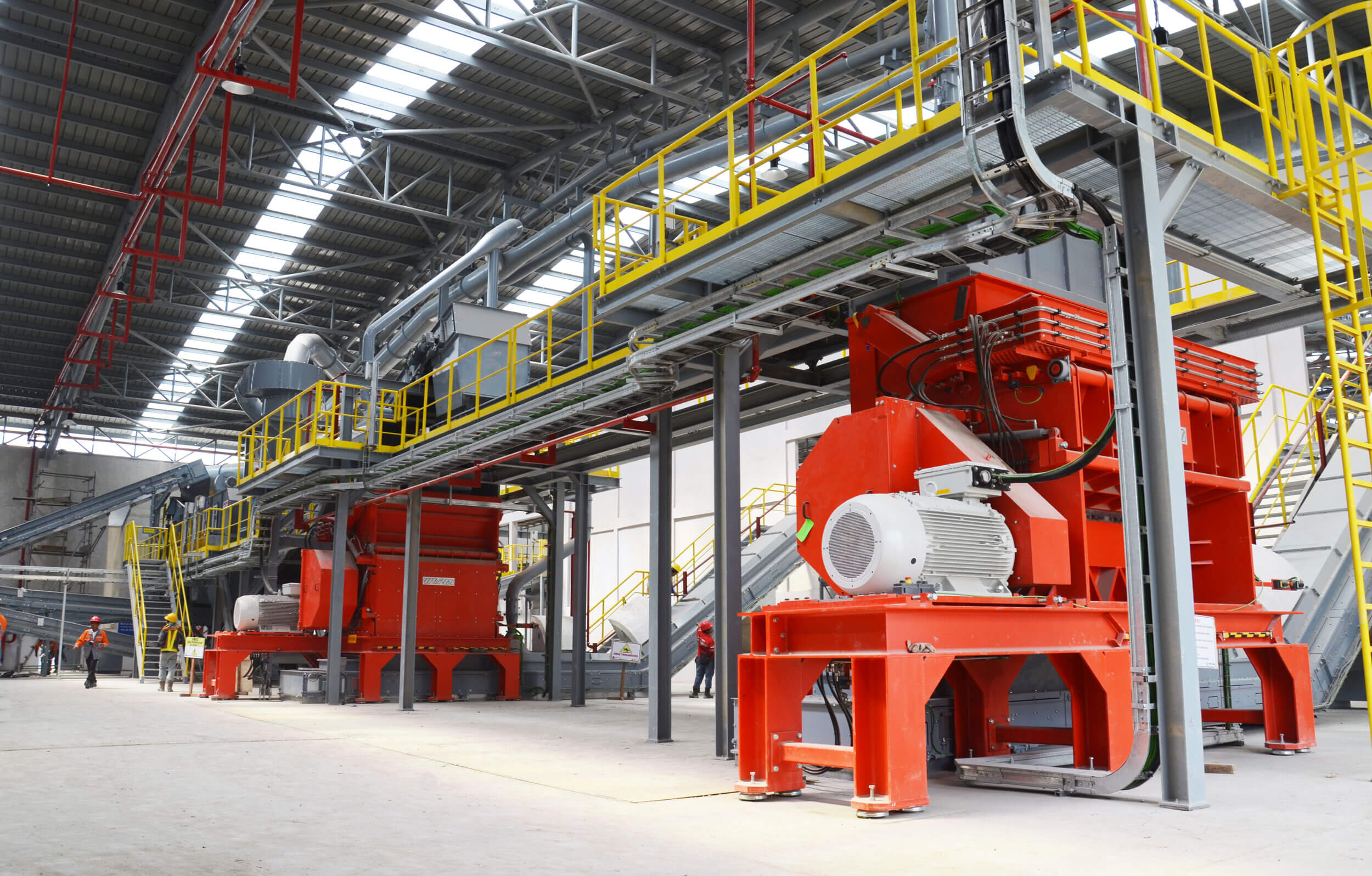 With a population of around 235 million, the island nation of Indonesia is transforming into a dynamic market with rising consumer demands. This trend is also reflected in the construction of housing. The demand for building materials is increasing. Life is expanding around Jakarta, a region that over 30 million people (and counting) call their home.

However, the country is simultaneously faced with the challenge of having to manage an increasing amount of waste. But environmental topics, such as waste disposal and recycling are hardly relevant and often not even deemed acceptable in society, which means valuable residual materials have previously remained unexploited. In contrast, Holcim and its partner Geocycle are making much better progress in the practical implementation of said measures.

In an attempt to ideally cover the demand for cement in the long term and simultaneously save energy and production costs, a decision was made in Bogor to prospectively use replacement combustible produced in-house instead of fossil resources to supply the vast pre-heaters and rotary kilns with combustible materials. As part of calcination the thermal energy within the material flow is used to calcinate raw materials at temperatures of up to 1000 degrees Celsius, i.e. eliminate CO2 from the limestone as part of the cement production process. 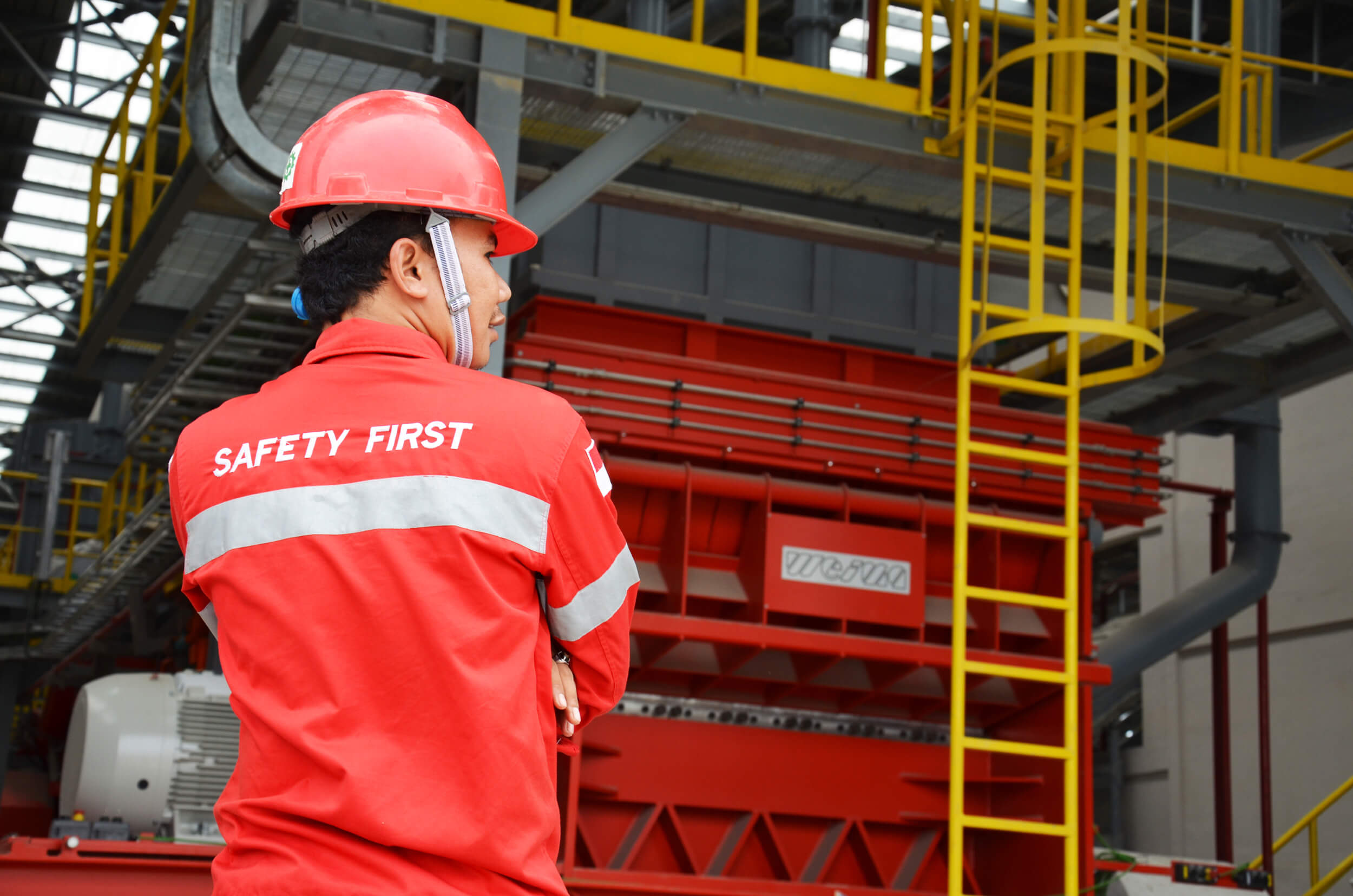 Safety first – at the Holcim facility in Indonesia

The next step was to build new production facilities, covering a total area of 2.2 hectares. The aim is to process approximately 160,000 tons of industrial waste per year in one-shift operation within the so-called “GreenZone”. In this process, the shredder system forms the core of the plant. Supplied industrial and domestic waste is directly input to the two WEIMA PreCut 2000 primary shredders using front loaders. They are each equipped with a powerful 200 kW hydraulic drive at an operative width of two meters. The robust drive enables extremely high torque values at a low kW output. Furthermore, the integrated control pump means the rotor speed can be variably adjusted. Each unit features 33 blades (130x130mm) attached to a rotor with a diameter of 800mm. The screen below the rotor ensures defined fractions and is ideal for material with a high impurity liability. 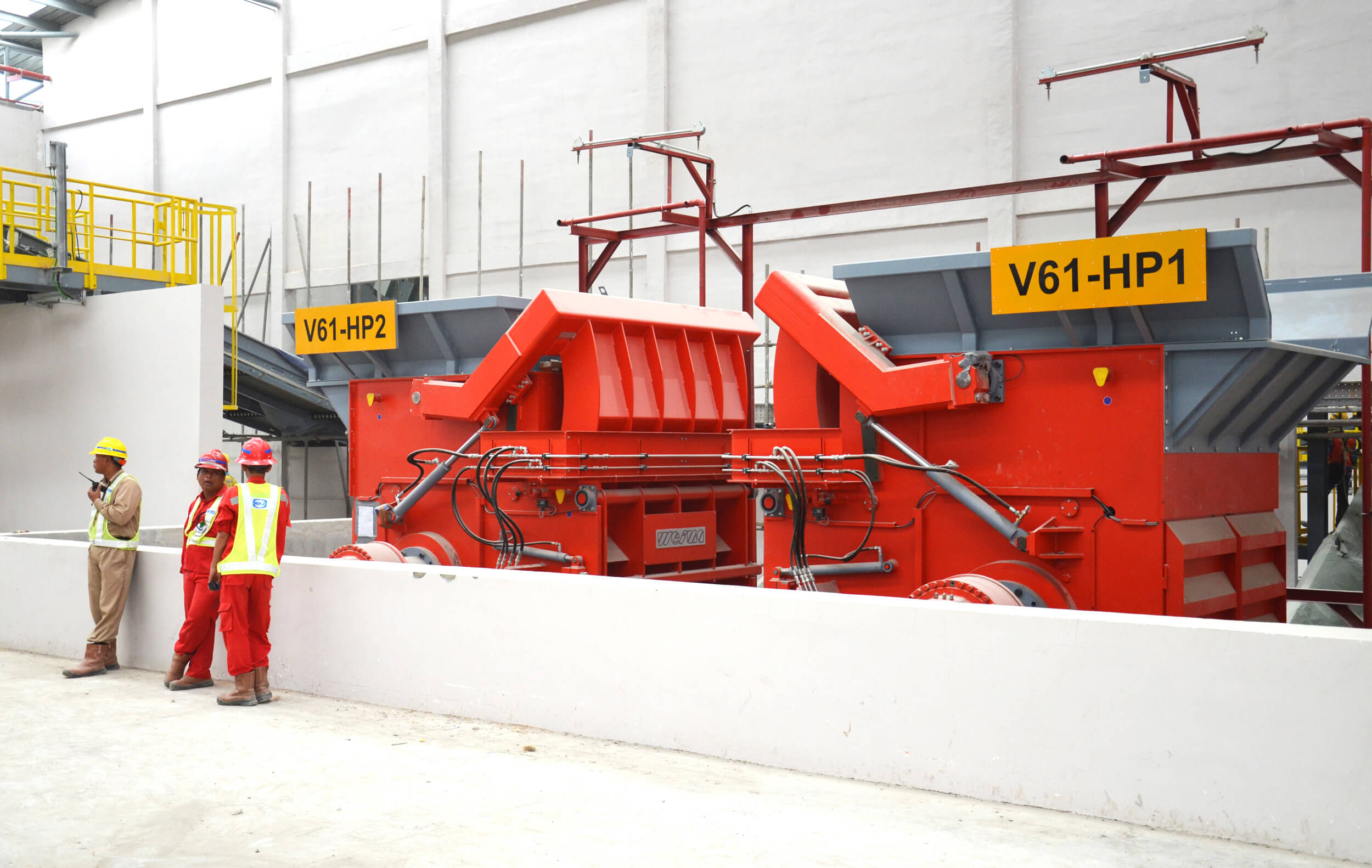 After primary shredding, the material flow is separated and sorted into heavy, moderately heavy and light fractions. For this purpose, the system applies an Ecostar Dynamic Screen, a Westeria windshifter and Steinert magnetic drums, all of which are linked by Westeria conveyor belt technology, right down to the discharge conveyor belt. As a result, the system ensures no foreign material, such as stones or metal objects, can penetrate into WEIMA FineCut 2500 secondary shredders, each weighing over 30 tons. The system achieves high a throughput thanks to its high speeds. The FineCut rotor featuring Vautid wear protection demonstrates aggressive trapping characteristics and was specifically developed for secondary shredders. It is driven by an electric motor with an output of 250kW. Last but not least, a discharge conveyor belt transports the material from the secondary shredder to an adjacent warehouse designed as a temporary buffer. From there it can be removed to ultimately fulfill its purpose as valuable combustible material for calcination.