EMO 2019 in Hanover: Shredding and briquetting for sustainable metal recycling

At the EMO 2019, WEIMA will be presenting two fundamental process steps on the road to efficient recycling of metal wastes. At the start of this value-added chain is the shredding of the wastes. Here WEIMA will be exhibiting a cutting unit of the popular ZM 30 four-shaft shredder. The subsequent compaction of the metal chips will be demonstrated using the press mechanisms of the powerful TH 1500 and TH 500 HD briquette presses.

Waste is inevitably produced during the processing of metals. Milling and sawing chips are found practically everywhere in companies – a valuable resource that in many cases goes unused and takes up a great deal of storage space. Furthermore, the metal residues are generally still coated with costly cooling lubricants that are seemingly lost. But that’s where WEIMA comes into the equation. 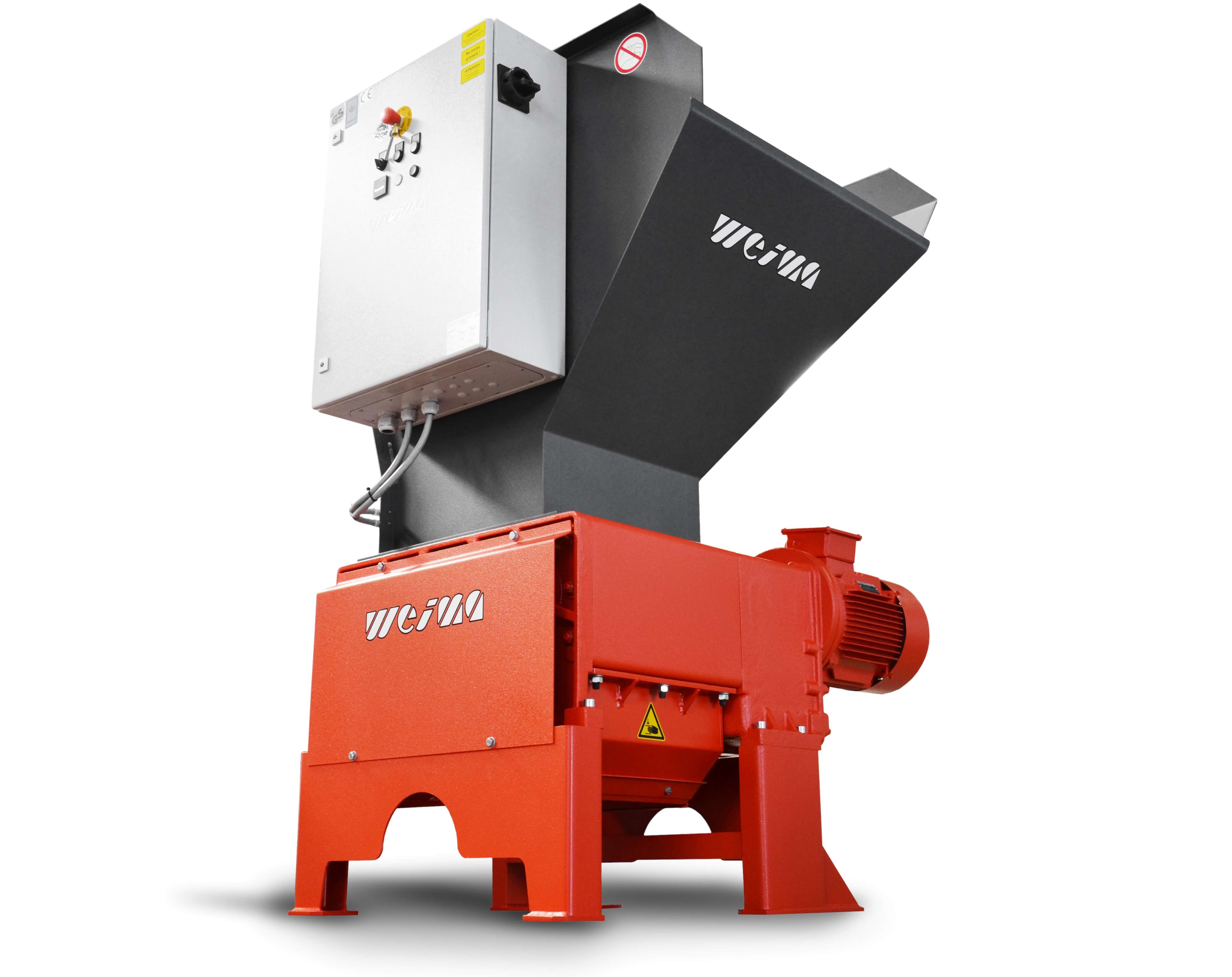 The shredding of the metal chips brings them to a homogeneous size. An initial reduction in volume takes place at the same time. The ZM 30 shredder on display has four shafts. Material fed in via the hopper is gripped and shredded by the teeth of the cutting shafts. It is then pressed by two clearing shafts through the shredding gap before being discharged again via the screen located underneath the cutting unit.

In the next step, the chips are briquetted. The TH 1500 briquette press compacts the shredded metal chips in a matrix. The resulting briquette with a side length of 150 x 60 mm is very dimensionally stable and is ejected on alternate sides. The sequence of movements of the cylinder and the matrices are monitored and controlled with a position sensor. The length of a briquette can thus be precisely set. Furthermore, accurate positioning is possible to practically exclude sticking or jamming during normal operation. 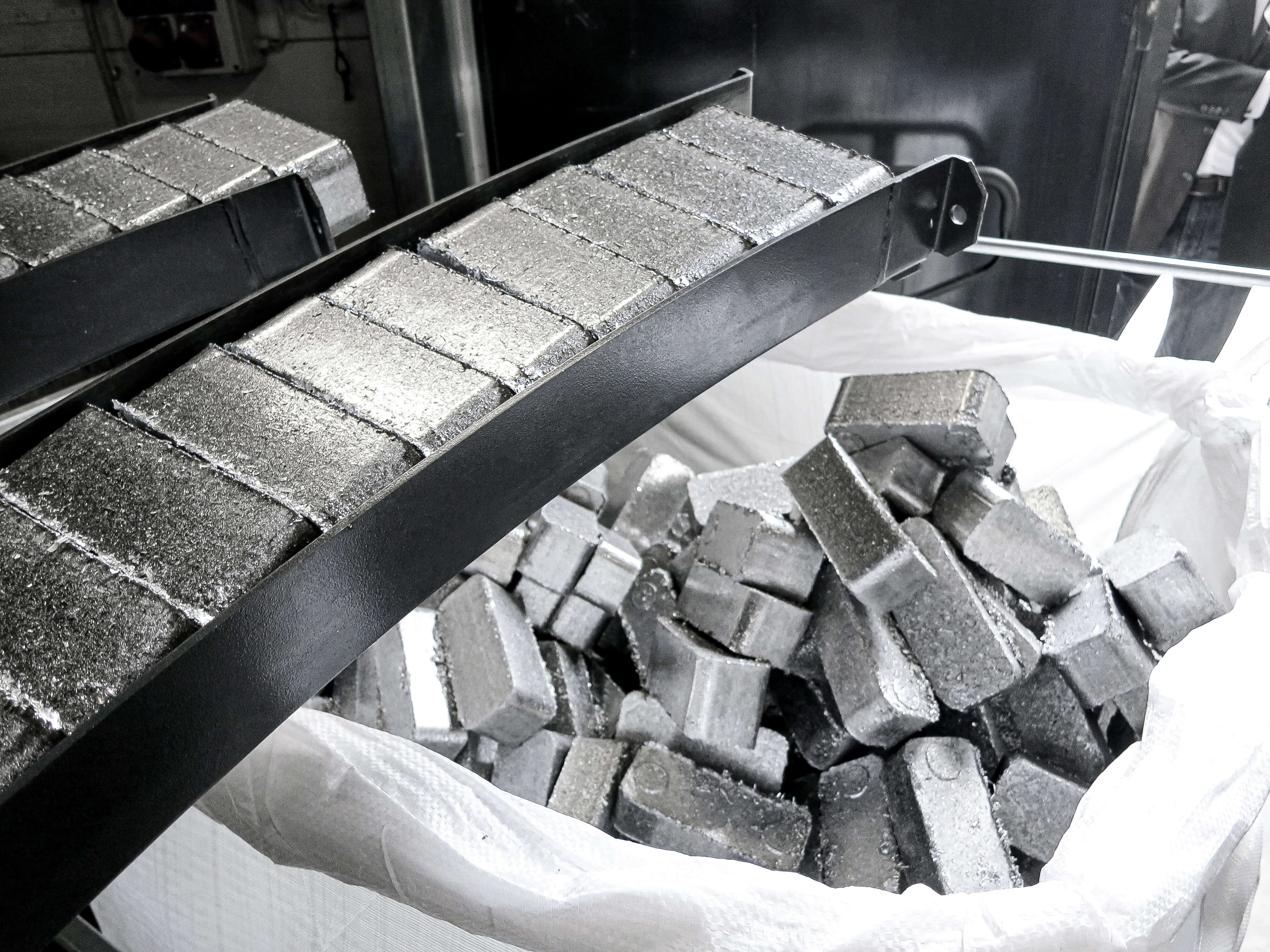 Metal briquettes offer a wide range of benefits: Optimized storage and more efficient transport thanks to the volume reduction and inexpensive further processing. The briquetting process for metals also facilitates retrieval of costly cooling lubricants, residual oils and emulsions that can be returned to the cooling and lubrication circuit. The resulting metal briquettes can be melted down directly, sinking below the surface during the melting process and hence melting with less slag formation and minimum burn-off.