If you’re standing in the AWFS Fair in July, you won’t be able to miss the DESTROY RESPONSIBLY™ logo everywhere you go. But what does it mean to destroy responsibly, and what does this have to do with a trade show?

WEIMA is at the forefront of the recycling movement, manufacturing machines that can shred production waste in a variety of industries—paper, metal, plastic, and textiles to name a few. The wood industry, though, offers a lot of opportunity for manufacturers to repurpose their scrap in a way that benefits the environment by diverting reusable waste from a landfill or at least minimizing the number of loads of end cuts or rippings that a company must haul off each week.

The best place to show woodworkers truly how easy and beneficial it can be to have a shredder in an operation is to show just how useful these machines are. Behind the tradeshow hall, there will be a WEIMA WLK13 single-shaft shredder in operation. The machine itself will be shredding the wood waste that is generated on the show floor during demonstrations. 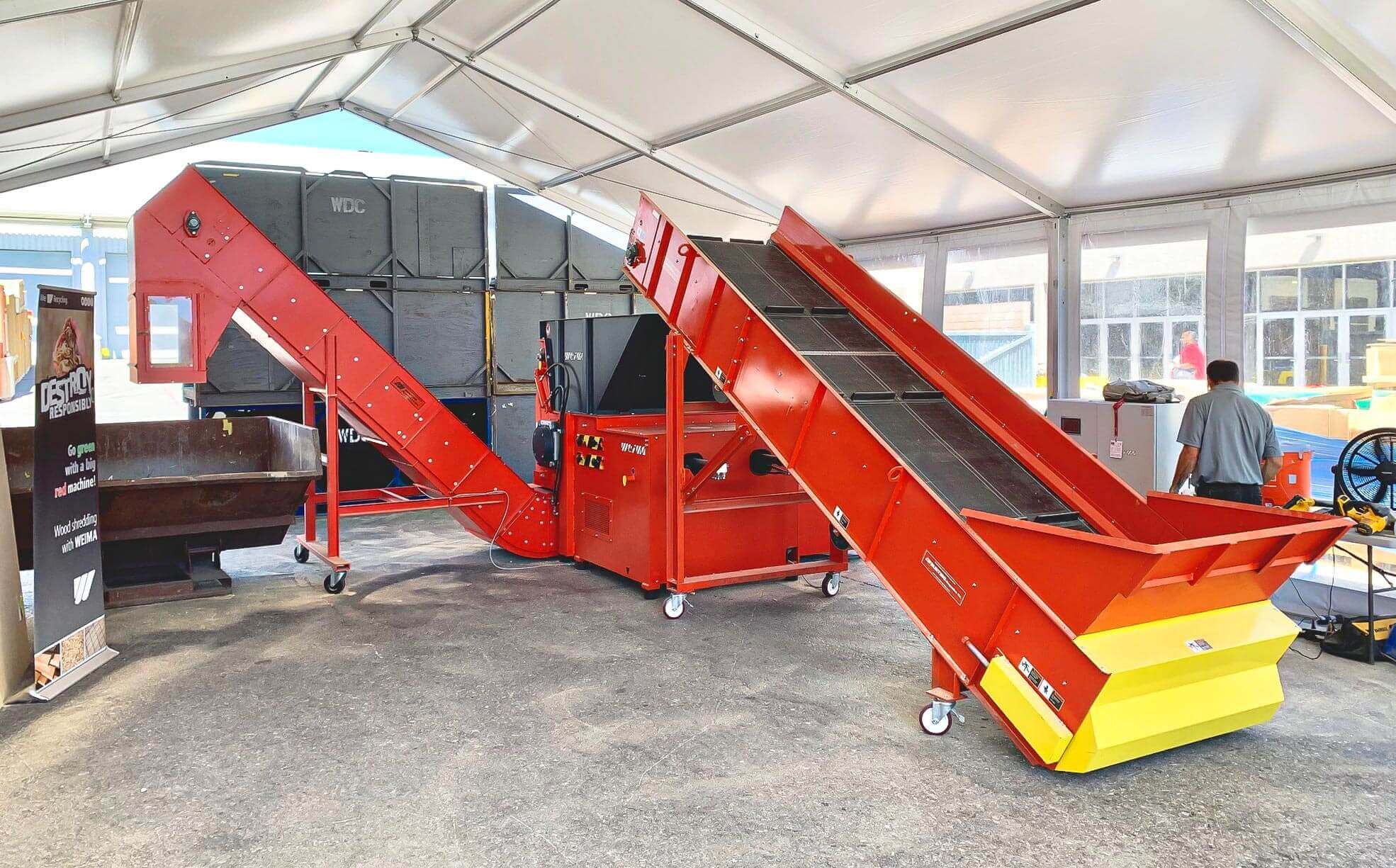 The partnership is a collaboration between WEIMA, AWFS, Freeman, Las Vegas, and Repurpose America. The wood scrap will be collected by Freeman staff on the show floor and brought out to the shredder where it will be sorted. The solid wood material from the show floor will be shredded and used as ground cover around the Las Vegas campus of the University of Nevada. The laminate, particle board, and other pressed wood that contains glue or is treated for chemicals will not be used as ground cover and will instead be disposed of in other ways.

Audrey Brewer, Marketing Manager for WEIMA, reflects on past Destroy Responsibly™ campaigns at other AWFS Fairs.

“The thing I like most about this program is that we’re able to give back something beautiful and eco-friendly to the city of Las Vegas, who hosts this tradeshow each year! We couldn’t do what we do without the participation of the other exhibitors on the show floor who also partner with us by saving their scrap to be shredded. Destroying Responsibly is a show-wide team effort!” 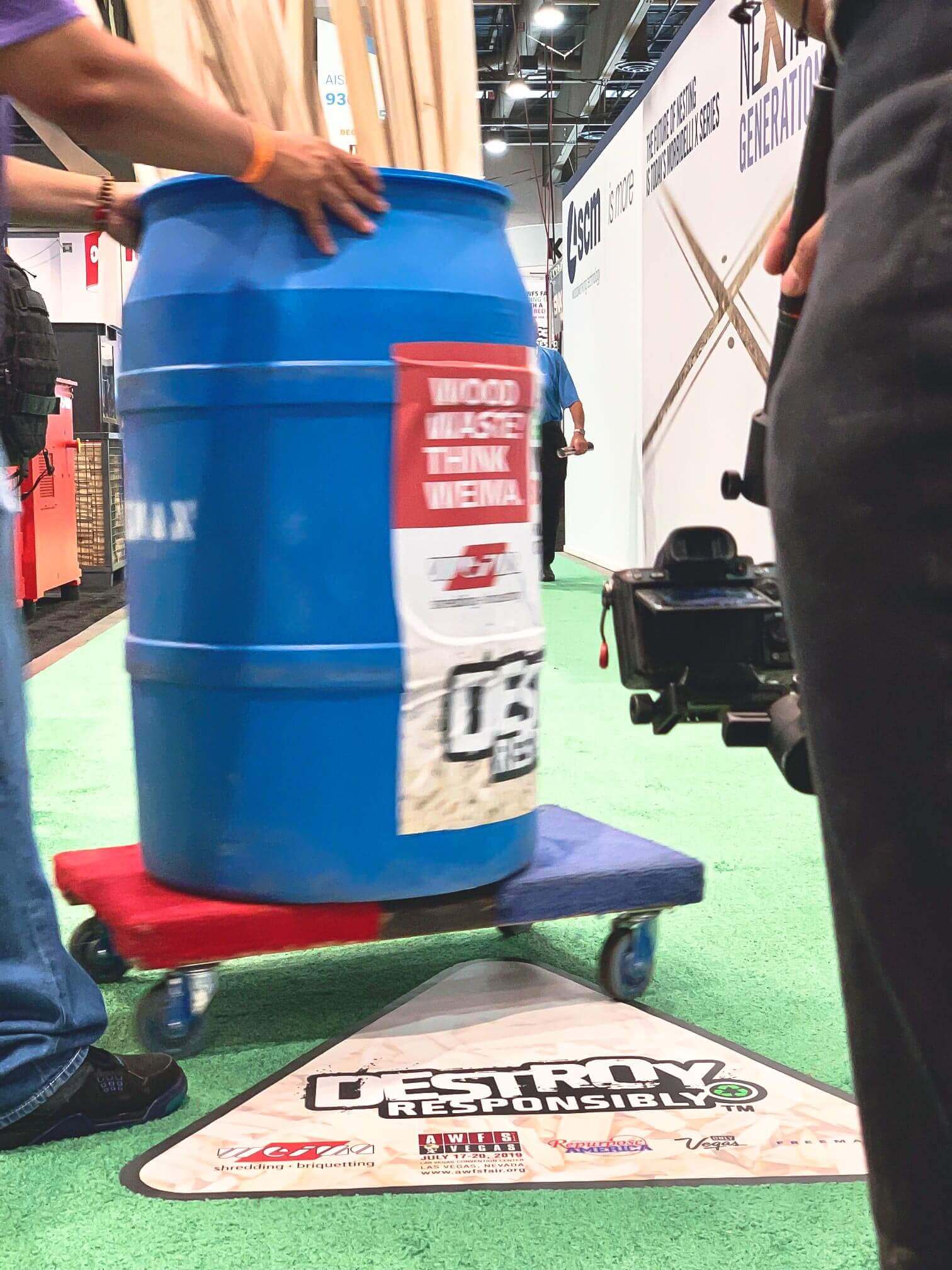 WEIMA has partnered with the trade show for many years and is honored to be returning once again. The size reduction company can be found in booths #8914 and #8116, as well as behind the tradeshow hall. Just follow the green carpet!