WEIMA America Named WMIA’s Partner of the Year for 2015

This year at the Wood Industry Conference, WEIMA America was honored to be presented with the WMIA Partner of the Year Award! 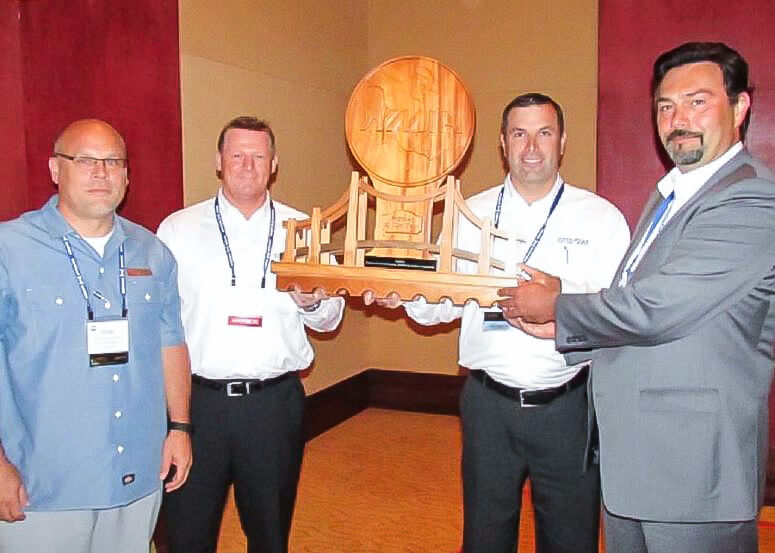 The Woodworking Machinery Industry Association (WMIA) presents this award each year to a company that stands out in their partnership with their distributors in areas such as service, sales, education, and promotional support. Prior winners of this prestigious award include companies like Nederman (2014) and Scm Group (2012.)

The Vice President of Sales, Madison Burt, accepted the award on behalf of the WEIMA America team. “It is very rewarding to be acknowledged for your individual successes,” he said in his acceptance address at the awards ceremony. “But it’s even more so when it’s for your entire team.”

WEIMA America was established as the North American headquarters of WEIMA Maschinenbau, GmbH in 1999. Since then, the company has made a name for itself in the wood industry as well as many others, including plastic and paper. The WEIMA distributor network has played a significant role in improving the company’s reputation as a manufacturer and business partner since that time. “Businesses don’t do business with each other. People do business with people,” Burt continued. He went on to acknowledge the collaborative efforts of the sales, marketing, finance and technical departments within WEIMA America and their commitment to each and every representative of the WEIMA brand.