Tucked away in Orangeburg, South Carolina is American Wood Champions, LLC, a family-owned manufacturer of dowels and screen door components. Their products can be found in various round, non-striking objects like rakes, shovels, and brooms. The company is proud to manufacture all of their products within the United States and ship worldwide and operates Monday through Friday for about nine hours each day.

The operation invested in a WEIMA WLK 8 shredder with a V-Rotor design in mid-2014. It is located in the corner of the plant next to the area where the planks for screen doors are measured and packaged. But this wasn’t always the case. In the past they were forced to pay approximately $3,000 each month to have their wood waste, including these end cuts, hauled away from their operation. 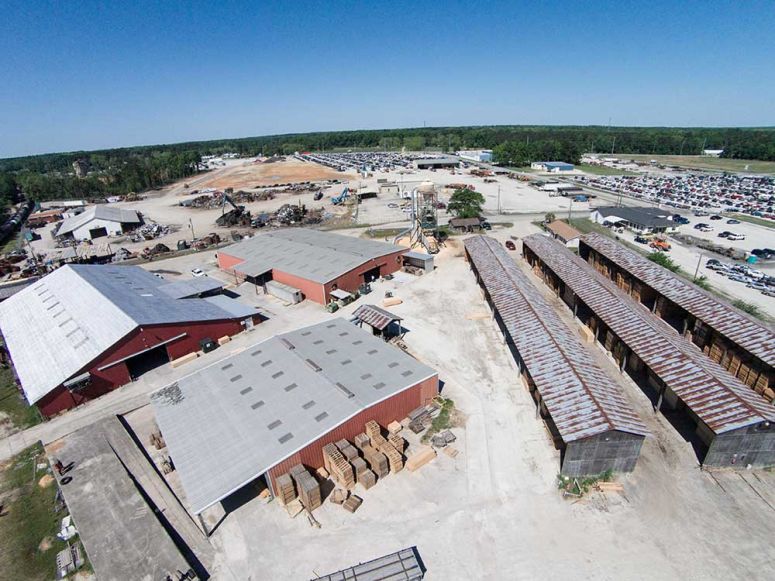 Now, the end cuts are thrown into a dumpster designated specifically for wood scrap, which is then dumped via forklift into the shredder’s hopper. The same thing is done in the area where the dowels are cut. Now, American Wood Champions shreds all of the waste produced during the manufacturing process and air conveys it into a trailer. The company reports that a trailer is filled and hauled off each day and that each trailer of shavings and dust is sold for about $400, yielding a profit of approximately $12,000 each month. The purchased shavings are diverted from a landfill and are instead recycled and used for animal bedding. 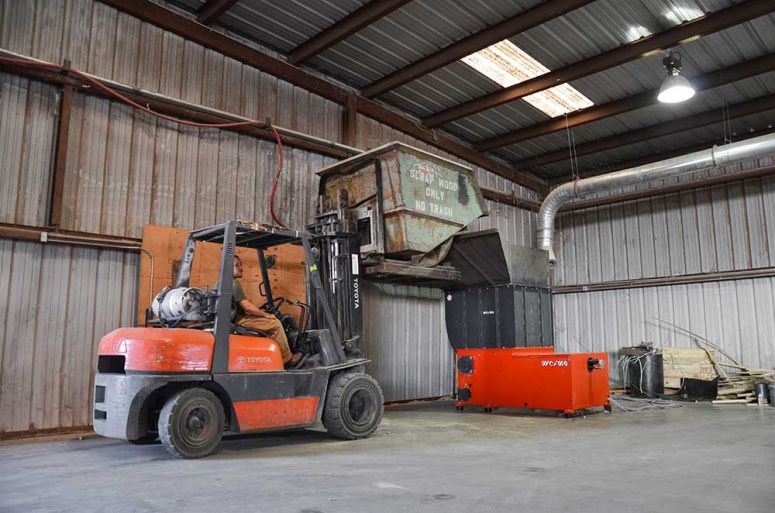 When asked about his experience with WEIMA America, manager John Harrell, Sr. spoke openly of how easy the shredder was to install, the professionalism and know-how of the parts and service departments, and the robust nature of the machine.

“I’ve worked with many different brands of grinders in other plants in the past,” Harrell added. “I’ve been to tradeshows all over the country. Everyone in the wood industry knows that WEIMA is the Cadillac of grinders. It was an affordable machine and the payback on it was a no-brainer. We are nothing but satisfied for what it’s done for our business.” 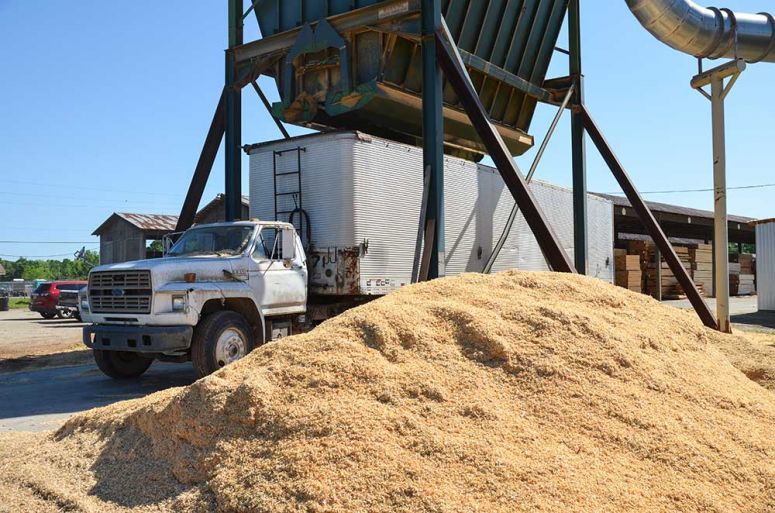