The 'Solitaire'of theAllseas Group is the world’s largest and most modern offshore pipe-laying ship. It helps to lay an average of five kilometres of underwater pipeline every day. Synthetic end caps accumulating as waste will be shredded by a WLK 10 shredder from WEIMA Maschinenbau GmbH while still on the ship in order to sell the valuable raw material once on land.

The 368 m long and 40 m wide ship has been in operation since 1998. A striking characteristic of the over 7,000 hp steel giant is the so-called “stinger”, a curved metal frame at the bow of the ship that projects into the sea and serves as a guide for lowering the welded pipe sections. Based on its size and storage capacity of some 22,000 tons, the Solitaire is able to spend independently several months at sea at one go. According to the operator, pipelines up to a diameter of 150 cm can be laid. 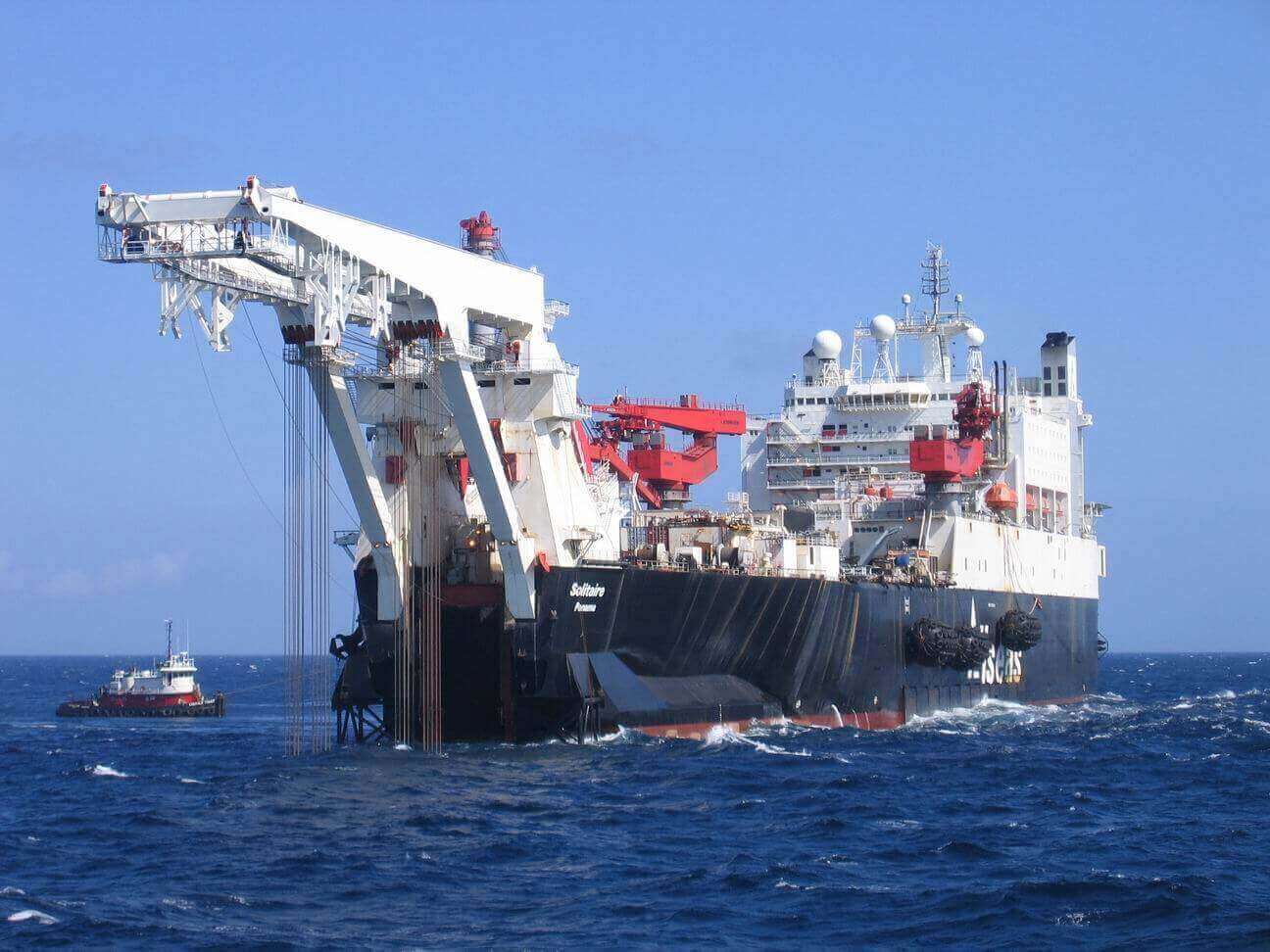 The Solitaire of Allseas

If there is anything of which a pipe-laying ship cannot get enough of, then it’s one thing: storage space as every square metre counts. In order to ensure that no mountains of waste pile up over time through the work on deck, the decision was taken at the beginning of the year to commission a WLK 10 single-shaft shredder on the Solitaire. This is only used for the proper shredding of synthetic caps. About 60 of the bulky pieces accumulate every hour and are used to cover the pipe ends for laying the pipelines. Driven by 45 kW and fitted with WEIMA’S innovative V rotor, the WLK 10 still shreds the plastic waste onboard to the desired size of 25 mm. In order to ensure short transport routes, the shredder is located directly on the upper deck whereby it is exposed to extreme environmental influences (such as saltwater). The shredded material will then be conveyed in Big Bags directly in one container that can be lifted from the ship at the next port. 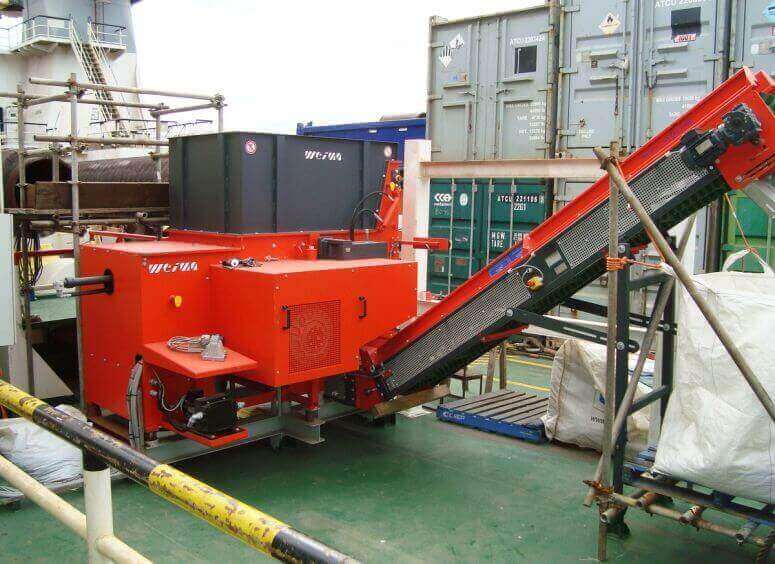 The recycling of the bulky synthetic parts are a benefit for all those involved. The operators of the ship themselves say that they benefit not only from the simplified handling, which the volume reduction involves, they also save hard cash in disposing of the end caps. The sale of the shredded raw material on land is also an additional source of income for them. In addition, this will also benefit our environment – synthetics that can no longer be used will be recycled and can be re-integrated into the resource cycle. A well-rounded event.

Info: The Allseas Group has been operating a WLK 6S single-shaft shredder with a 37 kW power rating as early as 2011 on another pipe-laying ship. This involves shredding synthetic end caps just like on the Solitaire.