In the eastern Polish town of Chelm, not far from the Ukrainian border, the waste recycling company EkoPaliwa recently successfully commissioned their new plant for the production of alternative fuels.

In order to meet the demands of the ambitious project, one WEIMA PowerLine 3000 single-shaft shredder, including sorting and separation systems, was initially commissioned. The demand for high-quality Refuse Derived Fuel, however, grew quickly and soon exceeded the quantities produced at the plant. not more than a year passed before EkoPaliwa finally doubled its capacities and purchased another WEIMA PowerLine 3000 shredder with 350 kW drive capacity. Today, 16 workers in a two-shift operation are employed in Chelm. The waste recycling plant is monitored by four teams around the clock. 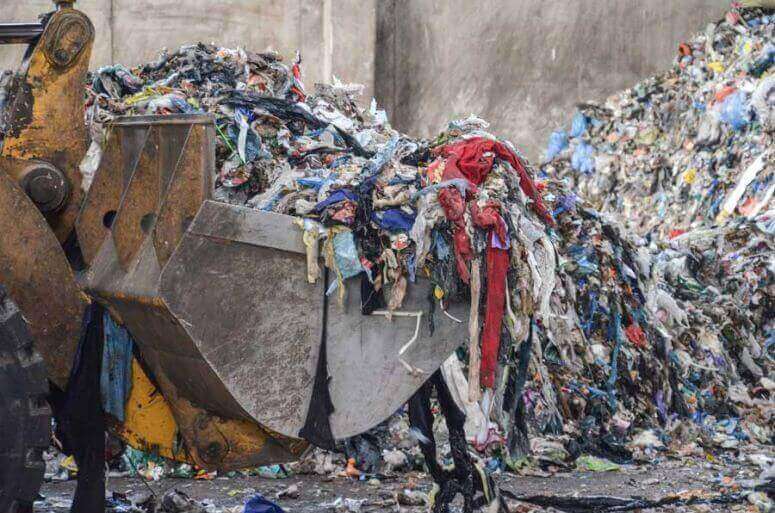 All the input material comes from Poland. Around 18,000 tons are delivered on the premises every month. The main suppliers are local waste disposal companies and private companies. Once foreign objects such as glass, hard metals and stones have been separated from the flow of waste, the high-caloric municipal waste is fed into the WEIMA secondary shredder where it is being reduced to a size of 40mm. With a working width of 3,000 mm each and the universal PowerLine rotor (190 rpm), that is equipped with 144 cutting knives and Vautid wear protection, a total material throughput of 30 tons per hour is attained. 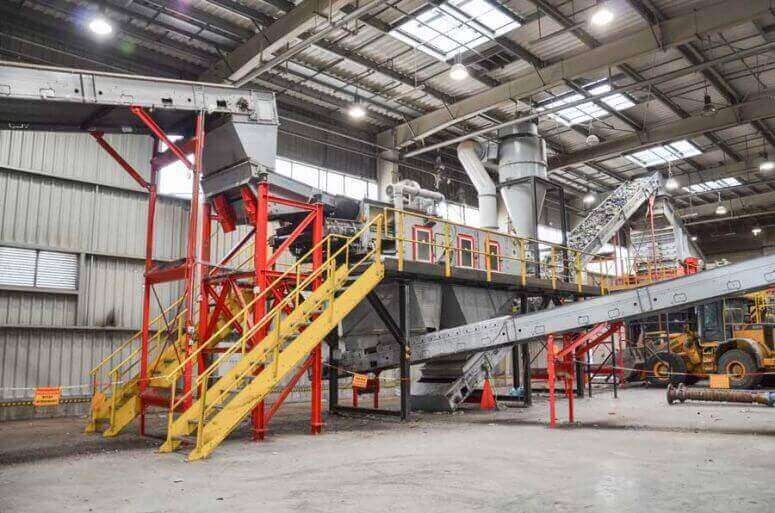 Decisive for an efficient shredding process is the WEIMA hydraulic drive. Stop, start and reverse is possible at all times even at very adverse conditions and at full load. Its simple structure and quick response time make it almost completely insensitive to interfering materials. In addition, a safe and quick-acting overload protection can be achieved by way of a pressure relief valve and a simple reversal of direction. Speed and torque can be adjusted quickly, evenly and smoothly with the control pump, without current peaks occurring or a frequency converter having to be used. 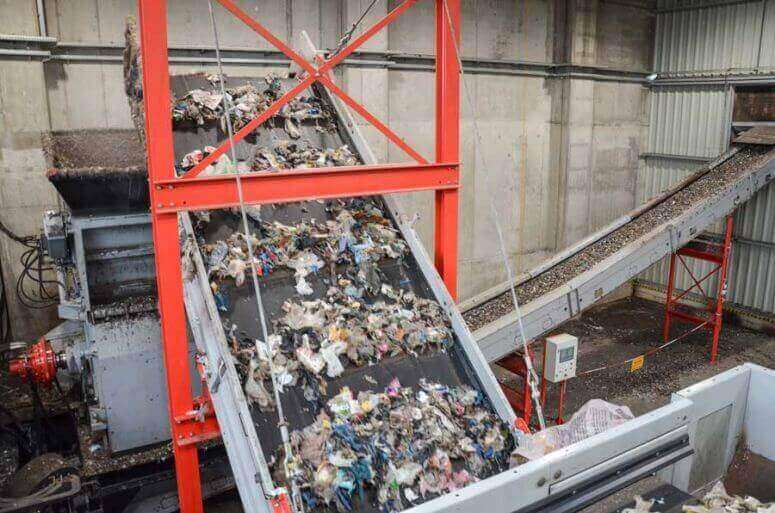 The extremely high torques, without time limitation, with low kW output are more convincing arguments for the rugged drive. Owing to the low connected wattage with the same or higher throughput, less power is needed. Altogether, operating costs can be significantly reduced. The great advantage of the RDF system of EkoPaliwa is its closeness to the CEMEX cement plant. Over a system of conveyor belts, the shredded material is brought to the neighboring silo, from where it is transported, as needed, directly to the furnaces of the cement production system. Hence loading on trucks or other logistical resources are no longer required. 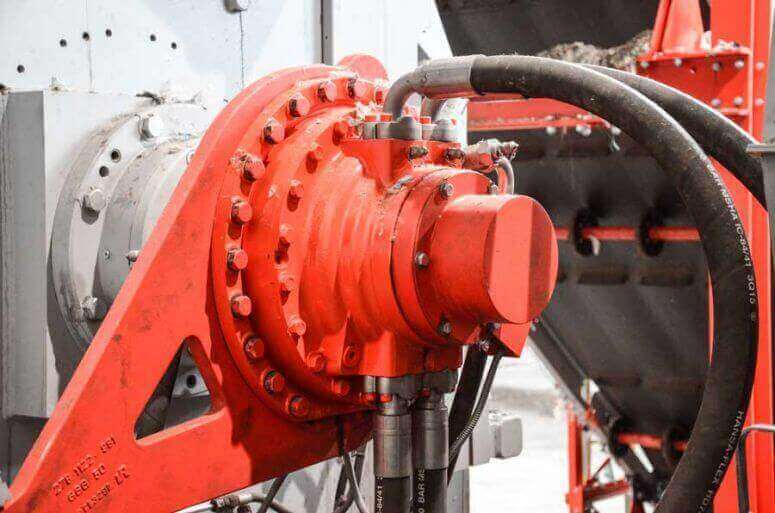 During the subsequent combustion process for heating the raw meal, temperatures of up to 2000°C are reached, and clinker emerges in the process.

With this method, the waste being used can remain for much longer in the rotary furnace and does not leave production-related organic residues, which have to be disposed of later. All kinds of materials are recycled and salvaged in terms of energy. 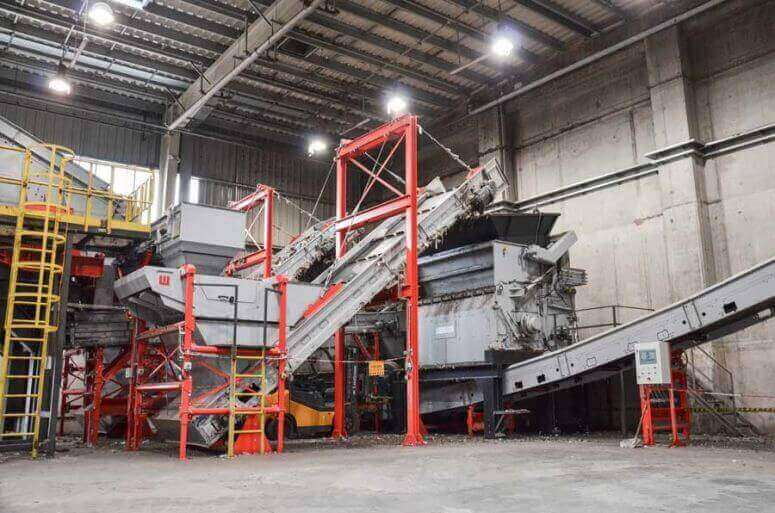 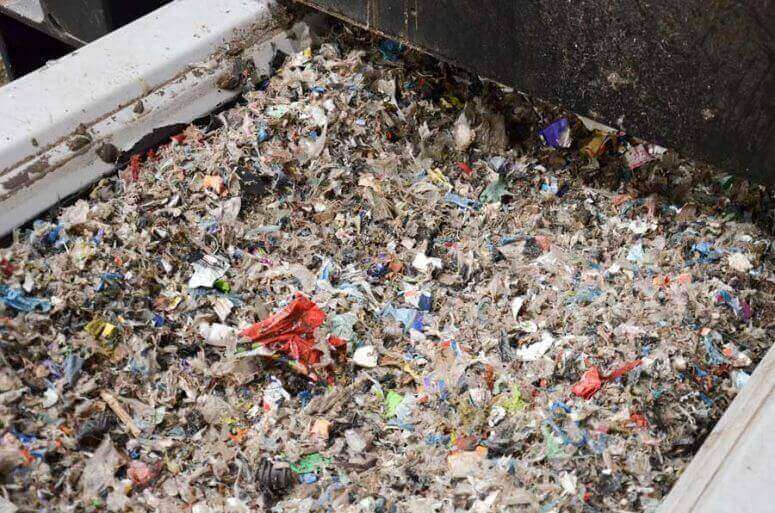 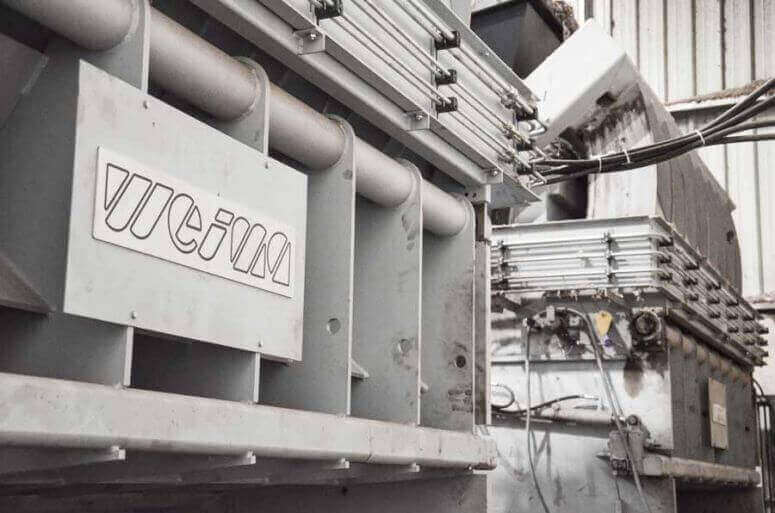